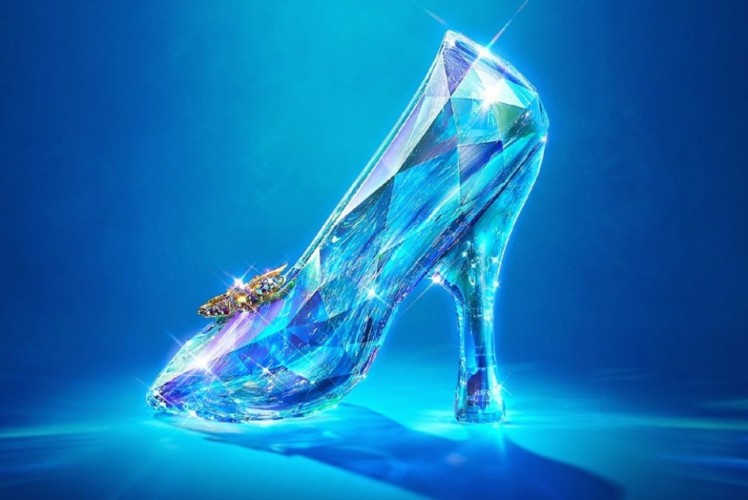 Cinderella’s glass slippers have always weirded me out.* I mean, what was her fairy godmother thinking? They must have been about as comfortable and flexible as iron knickers. Like a chastity belt for her feet. If Cinderella got a bit over-excited on the dance floor at the ball, her teensy trotters could’ve been lacerated by splintering shards. She must have had to keep it pretty tame with the old gavotte or minuet or whatever moves she was pulling to bag her prince.

But, then again, maybe that’s why her fairy godmother chose them. Those glass shoes forced Cinderella to move in the appropriate way for a princess: dainty, submissive, restrained. Because a fairy-tale prince was never going to marry a wench doing the medieval equivalent of twerking.

Debut novelist Ali Shaw’s The Girl With Glass Feet is a brand new fairy tale about a woman constrained by glass. But the problem for its heroine, Ida MacLaird (as you can probably tell from the book’s self-explanatory title), is not one of footwear. From the ground upwards, she herself is turning to glass. To try and find a man she believes has some idea of what’s happening to her, she returns to St. Hauda’s Lands, a mysterious northerly archipelago where she previously holidayed.

The shape-shifting geography of the wintry islands makes them the perfect fairy-tale setting. They contain so many secret corners that lifetime residents can’t begin to know their way around. Forests grow up overnight. Roads sink into bogs – or they disappear into the sea or under snow drifts. A lone mountain casts a dark, chill shadow over an entire island. Mists descend with increasing regularity.

Hampered by her heavy and brittle feet, Ida has little chance of finding the man she seeks in this icy, labyrinthine wilderness – until she comes across the socially inept Midas Crook. Their unlikely love affair unfolds as they try to find a cure for Ida. The physically rigid young woman teaches the emotionally rigid Midas how to live, just when it seems she must not.

There’s some wonderfully bonkers stuff in this book, including a herd of insect cows and a creature that turns everything it sees pure white, resulting in a plethora of albino animals and birds lurking in the forests of St. Hauda’s Lands. But the love story at its heart is what makes it. Without giving away too much, Ida and Midas’ romance culminates in a hauntingly beautiful image that lingers long in the mind afterwards.

(*Not as much, it has to be said, as Snow White’s glass coffin. What’s that all about? The least said about her prince’s disinterring and snogging of corpses, the better.)